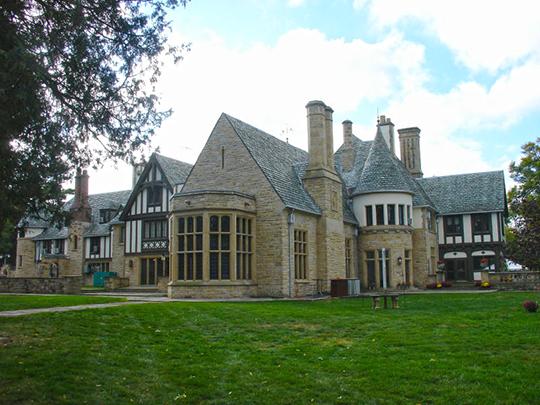 The numerous mills of its early days are now replaced by a food-products company and a new Ford unit that manufactures small automobile parts. The village is in a hilly country on the banks of Pettibone Creek and the Huron River, both sources of power. The Coe House, on Summit Street, is part of a tavern erected in 1830. The 2-story frame structure is long and low, its style reflecting the simplicity of the Greek Revival. The first keepers of the tavern brought several locust trees from New York and the one growing in the Inn's yard is considered the progenitor of the many locusts in the region.