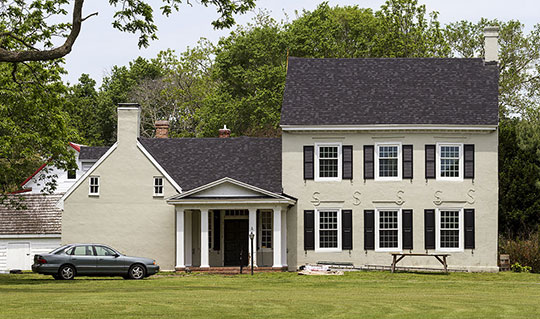 The village of Berlin began in the 1790s near the 1677 land grant that became the Burley Plantation. It is believed that the name Berlin was derived from a contraction of "Burleigh Inn," a tavern at the crossroads of the Post Road to Philadelphia and the Sinepuxent Road.

Main Street was originally part of the path connecting the Assateague Indians with the neighboring Pocomoke tribe. In colonial times, the path became Philadelphia Post Road, the main route to the commerce centers to the north and west. In the early 1900s, Berlin was known as a pleasant rest stop for travelers on their way to the small coastal village of Ocean City, Maryland. At one time, it boasted more overnight accommodations than Ocean City.

The Town's residential areas preserve nearly two centuries of architectural heritage from the Federal, Victorian and American schools of architecture. Many of the historic homes are graced by mature shade trees and shrubs. Magnolias, sycamores, tulip poplars, bald cypress and ginkgo trees add to the beauty of Berlin's peaceful streets.

The Town has undergone considerable revitalization of its historic downtown commercial district since the late 1980s through a joint effort between the public and private sectors. The Town is designated by the State of Maryland as a "Main Street Community" in recognition of its revitalization progress.

Berlin has all the special character of the lower Eastern Shore. Harmonious rows of red brick buildings line Berlin's downtown. Main Street offers a number of antique, jewelry, and gift shops as well as several restaurants.