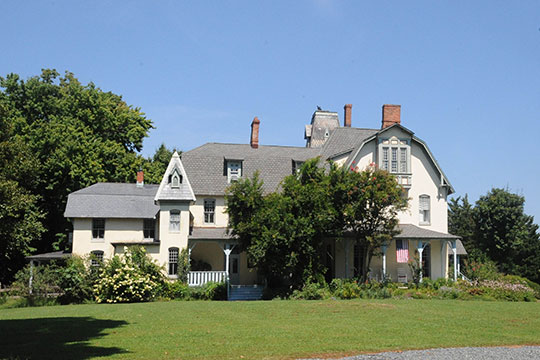 Chestertown's beginning dates from 1698 when the courthouse for Kent County was erected on the bank of the Chester River at the future site of the town. In 1706 streets were laid out for a town and in 1708 a small settlement, then known as New Town, was made a port of entry for Cecil, Kent and Queen Anne's counties of Maryland. New Town, however, failed to grow and the leading tobacco port on the Eastern Shore during first half of the 18th century was Oxford, located in Talbot County on the Tred Avon River. Founded in 1683, Oxford was for some time a close rival of Annapolis as the busiest port in the province.

Chestertown's growth as a major port began in 1730, when its owner, Simon Wilmer, resurveyed his land and laid out the existing grid plan of streets and house lots. From about 1750-1790 the town flourished as the chief tobacco and wheat shipping port of Maryland's Eastern Shore. During this period merchants and planters constructed fine Georgian brick town houses in the town. Many of these structures still stand.