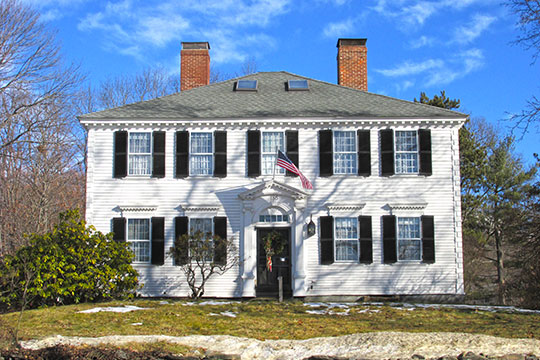 Gardner was settled ca. 1764, incorporated as a town in 1785 and incorporated as a city in 1923. Manufacturing displaced agriculture in importance here after 1805, when James M. Comee established the first Gardner chair factory in his home. Comee introduced the use of flags for chair seats; Elijah Putnam, a graduate apprentice, in 1832 began to manufacture chairs with cane seats, following a sample brought from the State Prison in Connecticut by one of his workmen. Later on the inventive genius of Levi Heywood revolutionized the whole industry, and Philander Derby in 1844 made a fortune by designing the Boston rocker, known to comfort-lovers throughout America, and demoded only when increasingly cramped living quarters made it impracticable.

Gardner was incorporated as a separate town in 1785. It was named for Colonel Thomas Gardner who died of wounds sustained at the Battle of Bunker Hill. Seth Heywood, who fought with Gardner at Bunker Hill, was one of the signers of the original charter.

The town grew rapidly and soon had saw mills, liveries, blacksmiths, dry goods stores and woodworking factories. For a time Gardner was known as the "Chair City of the World" having 12 furniture companies here during the mid 1800s, employing about 850 workers.

The Simplex Clock was invented by Edward G. Watkins in 1888, a worker at Gardner's largest furniture manufacturer. In 1901, the Simplex Time Recorder Company was opened.

Gardner was incorporated as a city in 1923. By the 20th century all of Gardner's furniture producers had either gone out of business or moved south. However many furniture outlets still survive in Gardner and have contributed to maintaining its identity as the Furniture Capital of New England.