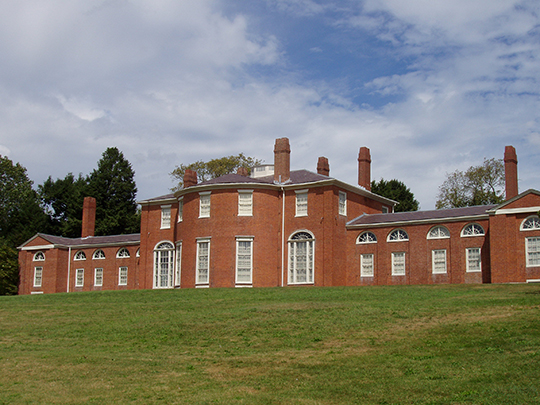 The City of Waltham originated as the Middle Precinct of Watertown, incorporated in 1636; the 8 mile line of the Watertown grant survives as Waltham's northern boundary with Lexington. Weston, originally known as the West Precinct, was set off from Watertown in 1692 with Stony Brook as the boundary. At that time, Waltham assumed the name of West Precinct. The eastern boundary with Watertown was established in 1738 when Waltham was established as a separate town. Lincoln was set off on the northwest side in 1754 with the boundary following the configuration of the original 1638 Watertown division quadrants.

Waltham is an important secondary city with an illustrious industrial heritage, located within the Greater Boston area. It presents a sharp contrast to surrounding communities, which are almost entirely residential suburbs with their roots in agricultural pursuits. Waltham, too, began as an agricultural community but by the early 19th century, innovative large-scale industries had begun to develop along the Charles River. As a result, the city's South Side presents a densely urban image characterized by a tight grid pattern and closely sited single and multi-family houses. Industries and residences range along Crescent Street, which follows the course of the river, while Moody Street cuts through as a commercial spine. In contrast, the northern 2/3rds of the city remained largely agricultural throughout the 18th and 19th centuries. Even now, despite inroads made by post-World War II suburban expansion, extensive open space remains in the form of park land, state hospitals, and educational institutions.

Prior to its settlement by Europeans in the early 17th century, Waltham was well known to native Americans as an important regional corridor of trails linking the Mystic and Concord Valleys. The most prominent trail was the "Connecticut Path" following the east-west route of the Charles River. The environmental diversity of the area, along with access to the coast and fish runs, also made it attractive for settlement.

European settlement began in the mid-1630s as families moved west from Watertown along the Charles River, and north toward Lexington along Chester Brook. When Watertown was divided into 3 military precincts in 1691, Waltham became known as the Middle Precinct. As early as 1636, Watertown was noted as the most populous town in the Massachusetts Bay Colony, with over 100 families (about 700 people).

Earliest settlement occurred in the eastern and northern portions of the present-day Waltham because the fertile lands and small-scale streams there were conducive to the support of a limited agricultural economy. A fulling mill was established on Beaver Brook in 1662 while grist mills were erected on Stony and Chester Brooks in 1679 and 1692 respectively. Division lines were plotted in these areas, with the "Eight Mile Line" surviving as the present boundary with Lexington.

The period from 1854 to 1884 was one of rapid expansion in all areas, including population, industrial base, commercial activity, housing stock, and growth of road networks. The population rose quickly to 9,065, in 1870, and then to nearly 12,000 by 1880. Immigrants attracted by Waltham's strong industrial base accounted for much of this growth. Census data reveals that by 1865 approximately 21 percent of Waltham residents claimed Ireland as their birthplace; the Irish continued to account for most of Waltham's foreign-born population through the 19th century.