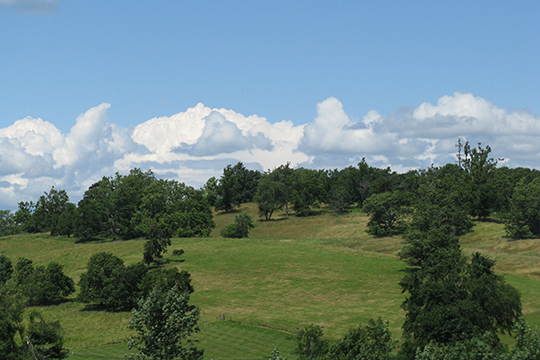 Groton was incorporated in 1655; it was probably named for the ancestral home of John Winthrop's family. It was destroyed by the Indians during King Philip's War and abandoned by the settlers. Later rebuilt, it was successfully defended against Indians in 1694; but in 1707 several residents were killed and a number of children were carried off.

According to legend, one John Chamberlain of Groton killed Paugus, chief of the Pequawkets. Years later, a young Indian, fully armed, entered the village and inquired for him. Chamberlain, then an old man, was at work in his saw mill. Warned by the tavern-keeper, who suspected that it was the son of Paugus come to avenge his father's death, the old man surprised the young brace, killed him, and buried his body in the mill brook, which was thereafter called Paugus Brook.

In the Old Burying Ground on Hollis Street, which dates from about 1678, weather-beaten headstones rise starkly on a green knoll. Here is the Grave of Captain Job Shattuck, Revolutionary War veteran, who participated in Shay's Rebellion and was tried for high treason. He was convicted and sentenced to be hanged, but was twice reprieved and finally pardoned.