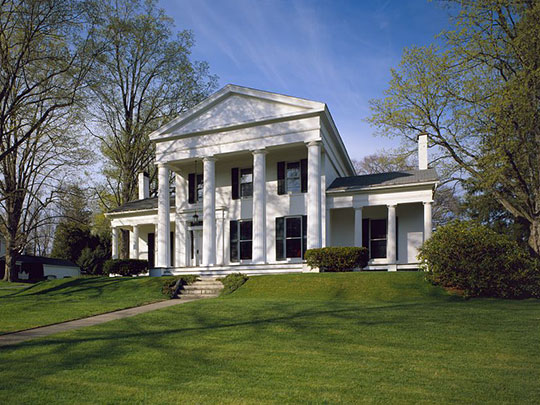 Originally known as Hatfield Town, Williamsburg was settled about 1735 and incorporated in 1771. The earliest settler was without a close neighbor for 17 years. By the end of the 18th century, many small factories had been opened here, utilizing the abundant water power of the Mill River [2] and producing leather, cotton, woolen goods, shoes, buttons, pens, penholders, hardware woodwork and ironware. In 1874 a dam, built 9 years before about three miles above the village, burst, releasing a raging flood that drowned 136 people, washed out the entire industrial section of the town and seriously damaged neighboring communities. The local mills were not rebuilt; today only a few very small factories are in operation.

The Meekins Library is an attractive building of gray granite given by Stephen Meekins, a farmer, who made $40,000 in raising sheep. He intended leaving this sum for a monument but was persuaded to use it for a library. Another town benefactor was Dr. Daniel Collins, long a familiar figure as he made his rounds on his horse, his saddlebags bulging not only with medicines but often with food and garments for the poor. He established the Collins Fund for the benefit of needy, local students.