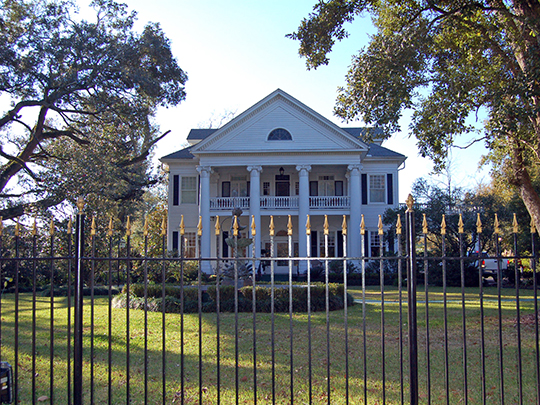 The Hammond area was first settled in 1818 to harvest timber for maritime industry products. In 1854, the New Orleans, Jackson & Great Northern Railroad was routed through the area, launching the City's emergence as a commercial and transport center. The introduction of the railroad brought new people and broader investment to the area.

Five years later Charles Emery Cate, an entrepreneur, settled in the area and built a shoe factory, tannery and saw mill. Cate also organized the City by laying out a grid of streets and planting oak trees along the curbs. The City blocks were typically 320' X 320', similar to the block sizes found in other Southern cities. Blocks were subdivided depending on their location to the center of town, and how much an individual could afford.

Near the center of the grid, affluent families such as the Cates constructed large homes. Smaller homes were located on the periphery of the grid. Cate's private garden, an entire block in size, would become Cate Square.

Hammond's central business area spanned both sides of the railroad tracks along Thomas Street. Commercial buildings were developed as multi-story buildings where the owner either lived or rented the space above their shops. Buildings maximized their lots and were built up to the edge of their property. The main businesses congregated together so that when people came to town they could do all of their shopping in one trip. Most trips were done either on foot or with horse drawn carts.