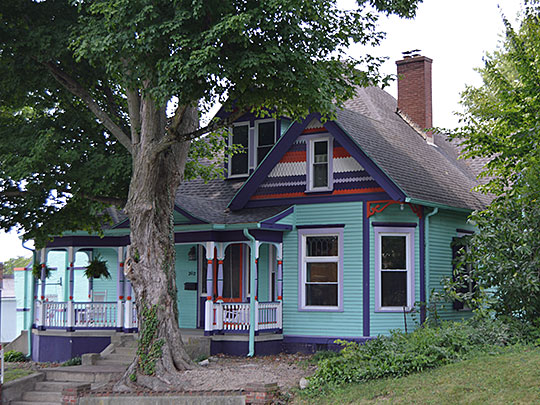 Springfield was founded in 1793. Among its records, which date from 1792, are the marriage bond of Thomas Lincoln, father of Abraham Lincoln, the certificate of marriage of Thomas Lincoln and Nancy Hanks; and one of the two known signatures of Lincoln's grandmother, Bersheba Lincoln.

Of note is the John Pope House at Walnut and High Streets. It was built of brick in the Georgian Colonial style about 1795 by General Matthew Walton. John Pope [1770-1845] was a representative and Senator from Kentucky and third governor of the Territory of Arkansas. He resided here from about 1819 until his death.

The Roberts House on North Walnut Street is the home of Elizabeth Madox Roberts, author of the Great Meadow, the Time of Man, and other novels and poems.

Cemetery Hill, a burying ground on Walnut Street, was established in 1797.