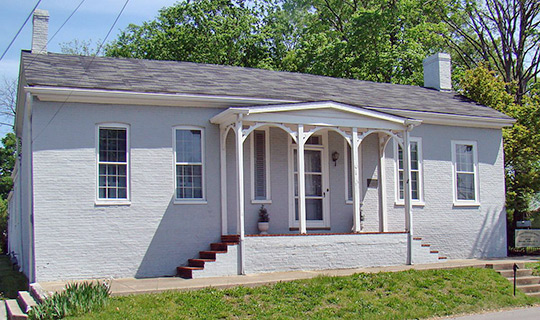 Named for James Garrard, the second Governor of Kentucky, the county was formed in 1796 from portions of Lincoln, Madison, and Mercer counties. An impetus to the county's formation was given by the Kentucky legislature's removal of the county seat of Madison county from Milford in the southern part of the county to Richmond. The Kennedy family, prominent in the settlement of Kentucky and major land owners in the Paint Lick area opposed the move because of the distance from Paint Lick to the new county seat. They were not pacified until a new county was formed and Lancaster established as the county seat. [1]