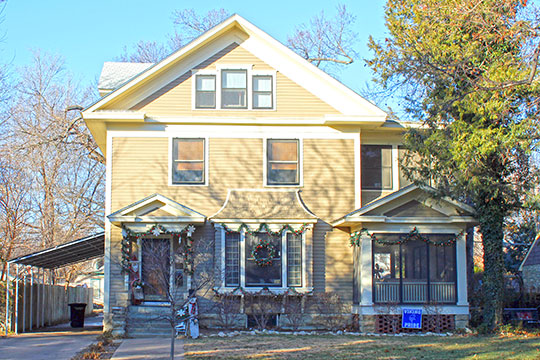 Winfield, the modern-looking seat of Cowley County, serves as an arts center for smaller communities within a radius of 25 miles. It was founded by a townsite company organized in 1870 on land leased from Chief Chetopah for six dollars; it was named for Winfield Scott, not the general who was commander in chief of the U.S. Army (1841-1861) but a Civil War officer and Baptist missionary who built the first church on the townsite. Incorporated in 1873, early in the 1880s it had a population of more than 2,000.

Winfield manufactures burners for natural gas and water coolers for oil fields, and ships wheat, corn, kafirs, sorgos and alfalfa produced in the surrounding country. Old-timers remember its Chautauqua, one of the earliest in the State and in size only to the mother Chautauqua in New York.

Winfield residents, the descendants of Germans and pioneer Americans, pay low taxes because the city receives income from municipally owned gas wells and a light and water plant. The 1938 levy was the second lowest in the State for cities of the second class. The sociology department of the University of Kansas recently (1938) decided that Winfield has the best environment in the State for rearing a family.

Saint Johns College, corner 7th Avenue and College Street, housed in five buildings on a landscaped 8-acre campus, was founded in 1893 by John P. Baden to provide training for Lutheran ministers and for young people of both sexes. It is now a high school and junior college with an enrollment of 200. In the three-story Administration building, built of local limestone in collegiate Gothic style, is the historical museum (open during school hours). Its 5-acre athletic field, east of College Street, is in an oil-producing area.

Southwestern College, corner College Street and Warren Avenue (co-educational), founded in 1885, is maintained by the Kansas Conference of the Methodist Episcopal Church.

Richardson Hall, completed in 1910, a three-story stone structure, with an imposing Ionic portico, is on the crest of a rocky hill. The college sponsors loan exhibitions of paintings and other objects of art and each spring presents Mendelssohn's oratorio Elijah with a chorus of 400 voices and a 60-piece orchestra.

Southwestern offers a course in art appreciation and confers degrees in liberal arts, fine arts, and science; the annual enrollment is approximately 500.

Oil wells on the campus contribute to the college income.

The Winfield Carneigie Library, corner 10th and Millington Streets, a two-story red brick structure, contains 14,033 volumes (1938). The Kickapoo Corral, on the Walnut River at 19th Street, a narrow strip of land in a hairpin bend of the stream, was once used by the Kickapoo as a corral for their horses. At the entrance to the site is Tunnell Mill, an abandoned grist mill built in pioneer days and so-called because a millrace tunneled under it. According to old accounts, the Kickapoo sought refuge in the corral from the Osage with whom they had broken a pledge of allegiance. The enraged Osage were unsuccessful in their attack until they crossed the river silently one stormy night and, taking their enemy by surprise, massacred the entire Kickapoo camp, with the exception of one man and one woman.

At the west end of Kickapoo Corral is the site of Kickapoo Pond, the point where the Osage Trail crossed the Walnut River. Over the trail the tribe journeyed between their western hunting grounds and their villages along the Neosho, Verdigris, and Elk Rivers.

On the site of Coronado's Camp, at 8th St. and the Walnut River, now occupied by the Consolidated Flour Mills, it is believed the Spanish explorer and his band camped after crossing the Walnut River at Kickapoo Ford. A rusty piece of a sword and other broken implements of Spanish origin have been found on the site.