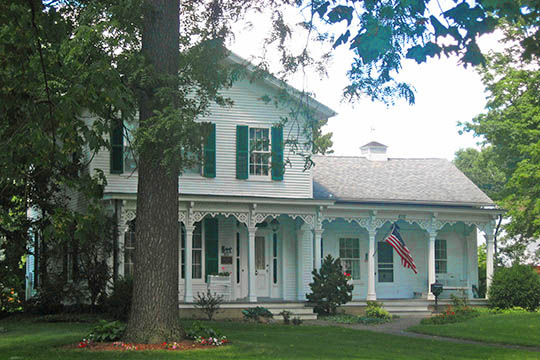 Settlers came to Mishawaka in the early 1830s to mine the iron bogs discovered along the St. Joseph River. The mining camps quickly developed into a town of about 200 residents with a blast furnace, general store and tavern. In 1838 the town, known as St. Joseph Iron Works, merged with 3 nearby towns to incorporate as the City of Mishawaka. The city is named for Princess Mishawaka, daughter of a Native American Shawnee Chief. [1]