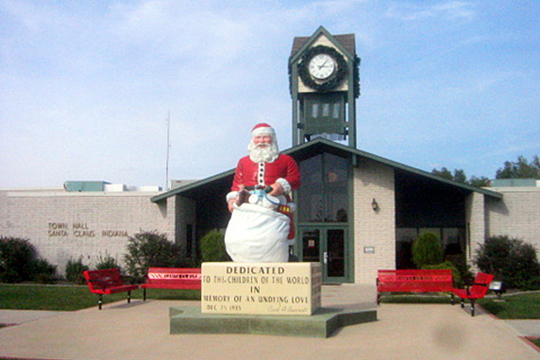 The Town of Santa Claus was incorporated in 1967.

In the 1840s a group of German immigrants formed the town of Santa Fe (pronounced "fee"). In 1852, the town applied for the establishment of a post office. The residents found they would have to change the town's name when the Postal Department informed them there was already a post office in Indiana with the Santa Fe name. The town's name was changed to Santa Claus later that same year. [1]

The U.S. post office of Santa Claus was officially established in 1856.