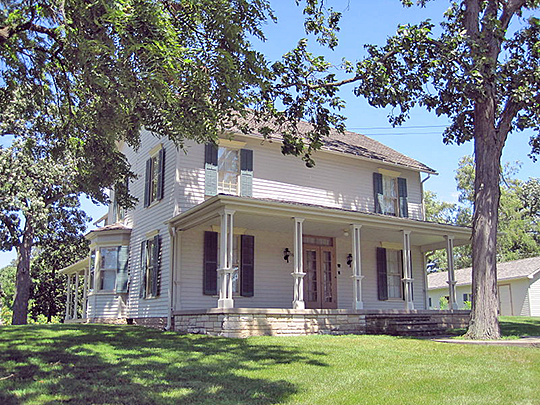 First settled about 1834 by Henry Taylor, Oreland Park was incorporated as a village in 1892. The name derives from Oreland Township which had been established in 1850. Other early settlers included William Myrick, Jacob & Bernard Hostert and John Humphrey. Humphrey served successively as a State Representative (beginning 1870) and State Senator (to 1911). He was Orland Park's first mayor in 1892, serving in that office until he died in 1914. By the time it was incorporated, the village had changed from a farming community to a commercial shipping center thanks to the arrival of the railroad in 1879. Humphrey's home (ca. 1881) was listed on the National Register of Historic Places in 2005.

The Old Orland Historic District, designated in 1986, comprises the historic downtown core of the village.