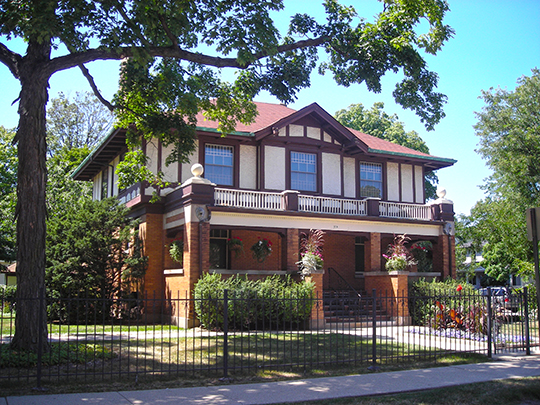 First established in 1836, platted by Asa Dunton as Village of Dunton. It was incorporated as the Village of Arlington in 1887.

Arlington Heights was settled in the 1830s when pioneers followed an old Indian trail into the region. During June and July of each year, thousands of expectant Chicagoans follow the same trail on the early afternoon specials of the Chicago & North Western, and return frequently somewhat subdued, on the early evening trains of the same line. Their goal is the Arlington Park Race Track, at the western edge of town. Largest of the four major tracks in the Chicago area, Arlington opened in 1929, has an English turf track in addition to its main one of a mile and an eighth.