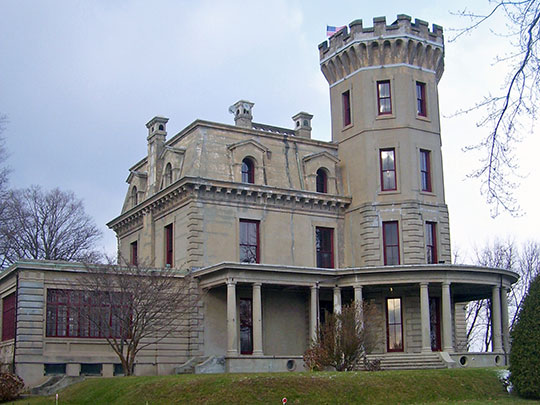 Although Greenwich is one of the oldest towns in Connecticut (settled in 1640, declared a town by the General Assembly in 1665), its scattered settlement pattern never produced an acknowledged municipal focus until its period of most rapid growth, between 1890 and 1930. The "boom-town" aspect of this growth is typified by the development of the Municipal Center Historic District: all of its buildings (as well as most of the adjacent commercial buildings) were erected on vacant farmland, i.e. the area never went through an intervening residential period typical of towns with slower growth. The fact that the first of these buildings was a school with a large acreage is also important because its open space gradually began to serve as a public common while adjacent lots were being developed into intensive commercial and residential use. [1]