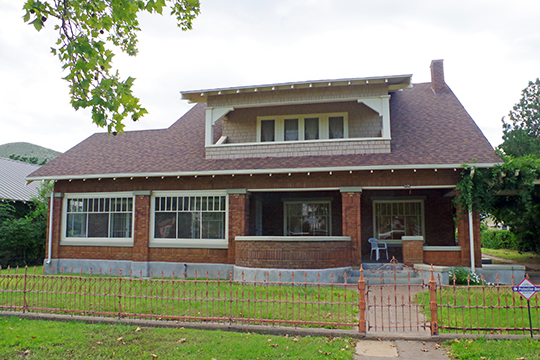 Bisbee, Arizona is located 90 miles southeast of Tucson. Bisbee is Cochise County seat. Founded in 1880, and named after Judge DeWitt Bisbee, a financial backer of the Copper Queen Mine, this Old West mining camp proved to be one of the richest mineral sites in the world, producing nearly three million ounces of gold and more than eight billion pounds of copper, not to mention the silver, lead and zinc that came from the Mule Mountains.

By the early 1900's, the Bisbee community was the largest city between St. Louis and San Francisco. It had a population of 20,000 and had become the most cultured city in the Southwest. In 1908 a fire ravaged most of Bisbee's commercial district along Main Street.

Reconstruction began immediately and by 1910 most of the historic commercial district had been rebuilt and remains completely intact today. Activities began to slow as the mines played out and the population began to shrink; mining operations on a large scale became unprofitable in 1975.

Bisbee has since evolved into an attractive artist, holistic health center, and retirement community emphasizing monthly special events, a wide variety of general and alternative health practices, and tourism. Travelers from all over the world come to Bisbee to savor "its unique charm, an uncommon blend of creativity, friendliness, style, romance, and adventure all wrapped in the splendor of the Old West."