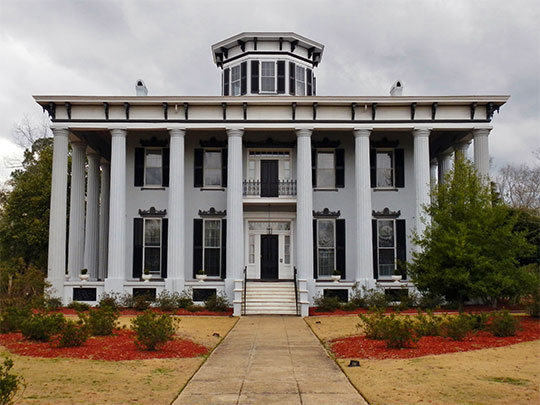 Tuskegee is the seat of Macon County and the home of Alabama's noted Negro college, Tuskegee Institute. The first white men to settle the region were French traders. When France surrendered the territory to England in 1763, British troops marched in and garrisoned the blockhouse. In 1813, Andrew Jackson's soldiers occupied the old fort, driving a wedge into the territory of the Creek Confederacy that resulted in the final defeat of the Indians. The name Tuskegee is a version of Taskigi, a nearby Indian village where Sehoy, mother of Alexander McGillivray was born.

In 1896 Booker T. Washington brought a young Negro teacher, George Washington Carver, to Tuskegee to take charge of the Agricultural Department. Carver, who had been born a slave, had educated himself after years of hardship and struggle. He had worked his way through high school and the State College at Ames, Iowa, where he received his Master's degree in agriculture. While attending Iowa State College, Carver made a thorough study of plant life, paying special attention to laboratory work in systematic bacteriology. In his spare time he studied music and art.

At Tuskegee, Carver, after a general survey of the school farms, laid out the great program that became his life's work. He made much of his own laboratory equipment from material brought to him by students. He proved to the inhabitants of Macon County that scientific farming was a profitable business; from all parts of the country, white and Negro farmers came to him for advice. His fame spread to adjoining counties and over the entire South.