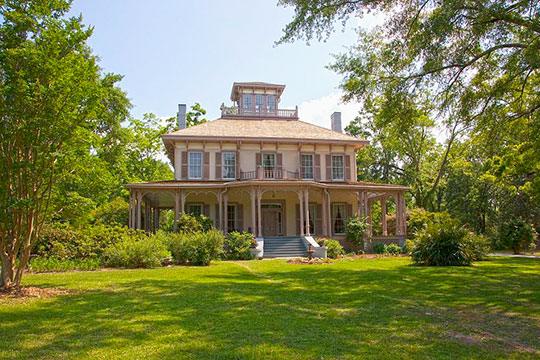 The area that would become Eufaula was part of the Creek Indian Nation in the 1820s, purportedly off-limits to white settlement. The Intruders War of 1827 found federal troops removing settlers. By 1835 the Creeks ceded their rights to all land east of the Mississippi and the Eufaula area had begun a sizeable settlement known as Irwinton, named for William Irwin, a store owner in the area. Irwinton was platted and in 1842 renamed Eufaula. The town was incorporated in 1857. [en.wikipedia.org, accessed August, 2015]