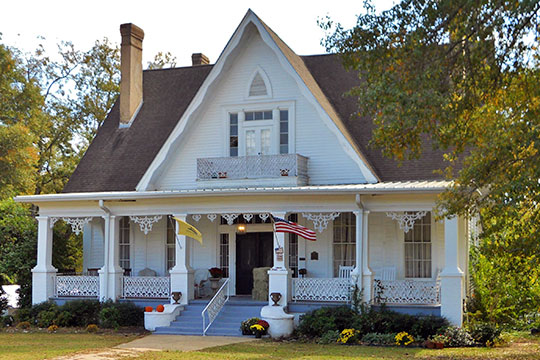 Settlement of the area that would become Clayton began as early as 1818. The town is named for Augustine Clayton, a Georgia congressman. In 1833 the town was laid out on a central courthouse square and designated as the county seat of Barbour County. A post office was established in 1835 with John F. Keener serving as the first postmaster. The town was incorporated in 1841 with John Jackson serving as its first mayor. [en.wikipedia.org, accessed August, 2015]