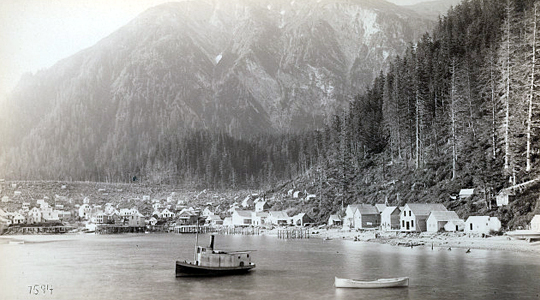 Juneau was established following the discovery of gold on Gold Creek in Silver Bow Basin in 1880. The city became a center for hard-rock mining. The city was incorporated in 1900 and became the capital of the Alaska Territory in 1906. [1]