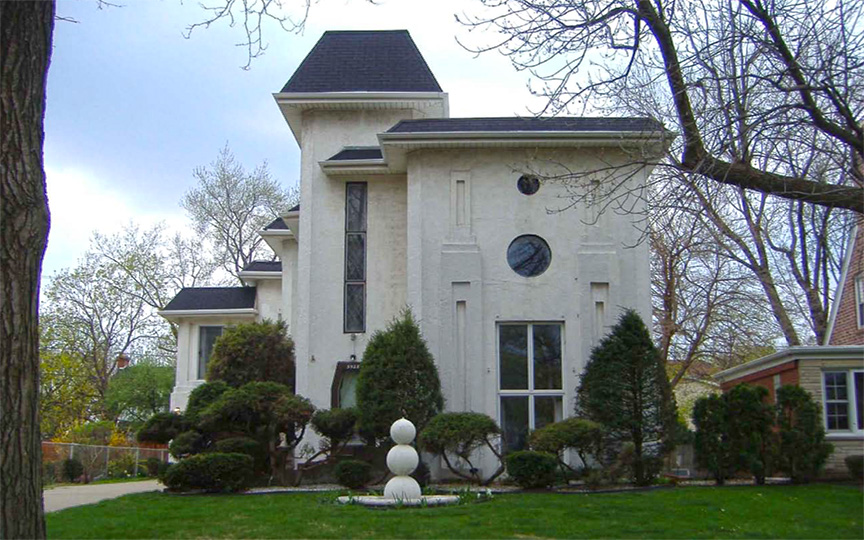 The Art Deco [1,2] style was established with the Exposition Internationale des Arts Décoratifs et Industriels Modernes celebrated in 1925 in Paris. The exhibition showed, for the first time, contemporary building and artifacts with exotic fauna and flora motifs, curvilinear volumes and hydrodynamic forms — formal traits which defined the new style. Nautical motifs and the juxtaposition of wood and metal material were characteristic of this style as well.

During the 1930's, the Art Deco style became fashionable in the Americas, particularly in the design for private residences, apartment buildings, cinemas, theater and skyscrapers of this period.

Coined in 1966 to describe a style of French decorative arts, the term Art Deco now refers to almost anything from saltcellars to skyscrapers, produced anywhere in the world during the early decades of the 20th century, using abstract, stylized floral, geometric, or streamlined design.

Though Art Deco may have gotten its start in Paris in 1925 at the Exposition Internationale des Arts Décoratifs et Industriels Modernes, many would argue that it reached its architectural zenith in New York City. The city’s Art Deco buildings today survive as prized remnants of a distant yet modern past that still help define the city’s visual identity.