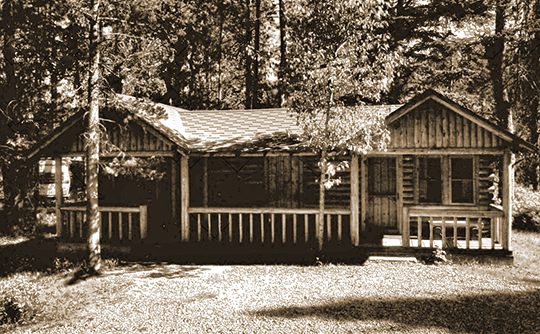 Cody [‡] was incorporated in 1901 after being founded by the famous Colonel William F. "Buffalo Bill" Cody, who had initially visited the area in the 1870's. Colonel Cody had been particularly impressed with the area's striking scenery, development potential, fertile soils, hunting and fishing possibilities, and the proximity to America's first National Park.

Since its founding, the city has served as the eastern gateway to Yellowstone National Park, now an international tourist destination that receives over 3 million visitors per year. Buffalo Bill's legacy is still widely apparent in Cody the Cody Stampede and Cody Nite Rodeo, Old Trail Town, Cody Club, Buffalo Bill Center of the West, Cody's boyhood home, the Irma Hotel, the Gertrude Whitney Statue of Colonel Cody, and the historic downtown all serve as reminders of the city's past.

Cody's scenery and historic character have defined its role as Yellowstone National Park's eastern gateway for more than 140 years. But Cody is more than just a beautiful destination - it is also home to over 9,600 residents.

Cody offers a high quality of life, which can be attributed to a great sense of community pride, access to recreation and the outdoors, and outstanding public amenities. The largest city and the county seat in Park County, Cody has grown steadily over time and is expected to continue growing at a modest rate in the years to come.