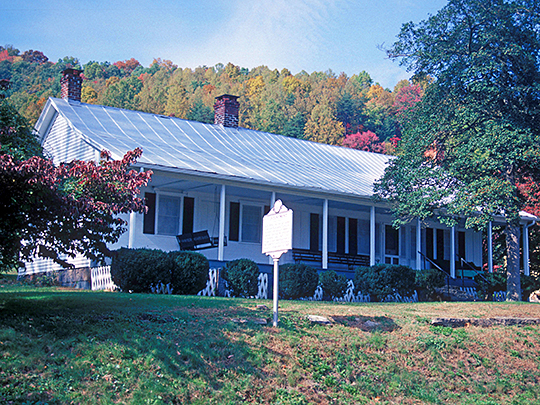 Fayette County was created in 1831 from parts of Greenbrier, Kanawha, Logan and Nicholas counties. A struggle ensued to determine the location of the county seat with the communities of New Haven, Vandalia and Falls of Kanawha vying. It was eventually settled in favor of Vandalia, as Fayetteville was then known, and the first courthouse was erected there in 1838. With the coming of the Civil War, Southern sympathies emanated from the courthouse through such official county resolutions as the following:

Whereas our State has been invaded by a hostile army of Northern Fanatics, and we feel bound to resist said invasion to the last extremity, Resolved, Therefore, First that we feel it to be our duty in accordance with an act of Legislature passed January 19th 1861 to Levy on the people of the County from time to time as may be necessary to enable us to resist said invasion successfully, such amounts of money as we shall think practical and expedient. Resolved 2nd That we will then after money and property are exhausted feel it to be our duty to Levy for said purpose on the Credit of the County and when that also is gone we will eat roots and drink water and still fight for our liberty unto death.

These early sentiments lingered long, but the building from which they were proclaimed was razed during the conflict.