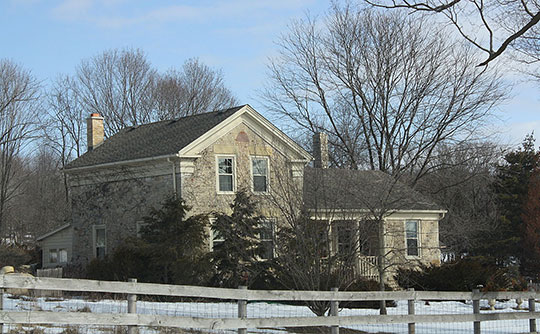 Burlington [1] was located at the junction of the White River and Fox River in southeastern Wisconsin. The first land claim was made around December of 1835, when Moses Smith and William Whiting carved their names and date on trees near the present Standard-Press building on Pine Street. Returning with Lemuel Smith and Benjamin Perce weeks later, the four built a shanty on the east side of the Fox River in what is now Wehmhoff-Jucker Park.

In 1836 Daniel Rork made a claim to land on which much of the early settlement was built. In 1837 Moses Smith was appointed postmaster of the settlement, then called Foxville. The name was changed to Burlington on July 15, 1839. After completion of the dam, sawmill and grain mill, the first bridge to span the Fox River was built. Since then the population has grown from two, to four, to today over 10,500 people.