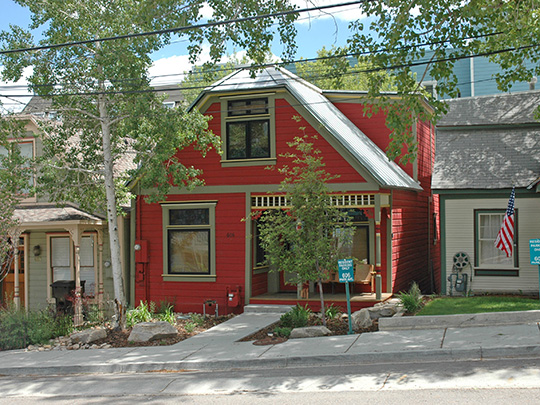 Park City was founded as a silver-mining town in 1869.

Sources remain uncertain as to who made the first discovery, but the first claim filed in the district became the Young American lode, recorded on December 23, 1868. However, the discovery of the rich Ontario mine initiated efforts to mine lode ores and acted as the catalyst for Park City's rapid notoriety as a great silver mining camp. In 1872, shortly after the discovery, the mine was sold to George Hearst, a San Francisco "mining man," and run by R. C. Chambers until 1901.

Coupled with the completion of the Transcontinental Railroad, that spurred mining development in 1869, the Ontario ignited new growth in the district of Park City. The Pinon, Walker and Webster, Flagstaff, McHenry, Buckeye, and other mines also shipped small amounts of ore. By 1879, the Ontario operation flourished, with homes springing up near the mine and lower down the canyon near the present site of Park City. A camp burgeoned.