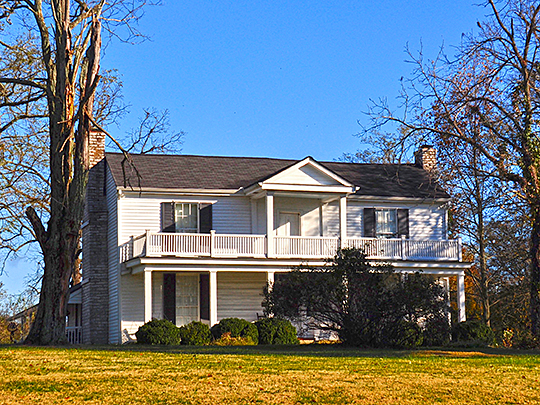 Nolensville was founded in the early 1800s by William Nolen and his family who came to the area in 1797. Nolen constructed a log residence at the settlement which was named in his honor and the home still stands although significantly altered. Another notable building, the King's Inn, was built in the early 1800s and was a well known hotel in the 19th century. The building was later used as a residence until it was razed in recent years. Nolensville contained several shops, stores and mills by 1830.

Around the Nolensville area several early log residences were constructed. Sherwood Green settled east of Nolensville in the early 1800s and constructed a two-story log residence. Green was a surveyor and he accepted land as payment for his services. By the 1820s Green owned over one thousand acres in this section of the county. Numerous log residences were also built in the valleys west and south of Nolensville. The most notable of these which remain are the Lamb-Stephens House, John Winstead House and Abram Glenn House. These residences were all originally single pen log residences which were later enlarged and covered with frame siding. The homes were the center of farms composed of several hundred acres along the creek bottoms and valleys.