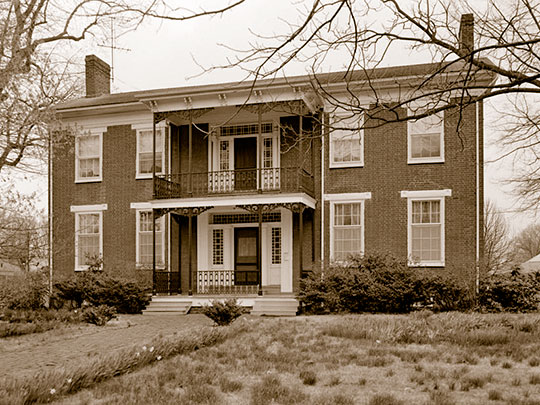 Paris, seat of Henry County, laid out in 1823, was a trading center of a large plantation area before the War between the States. Along the residential streets are several antebellum houses. The repair shops of the Louisville & Nashville Railroad are here.

In the town are 3 large cosmetic plants, a patent-medicine factory, a shirt factory and a cigar factory.

The home of James D. Porter, on Dunlap Street, three blocks west of the business section, is a red brick, antebellum structure with iron balconies. Porter was Governor of Tennessee (1875-1879) and established the State Board of Education and the Board of Health during his administration.

The home of General Isham G. Harris, on North Washington Street, three blocks from the square, is a frame cottage with high dormer windows among beautiful magnolia trees. Harris was the Governor of Tennessee from 1857-1861. In 1861, when Secretary of War Stanton's request for Tennessee's share of the 75,000 troops the Union sought to mobilize, he replied: "Tennessee will not furnish a single man for coercion, but 50,000 if necessary for the defense of our rights or those of our Southern brethren." Harris was a leader in the movement for secession.