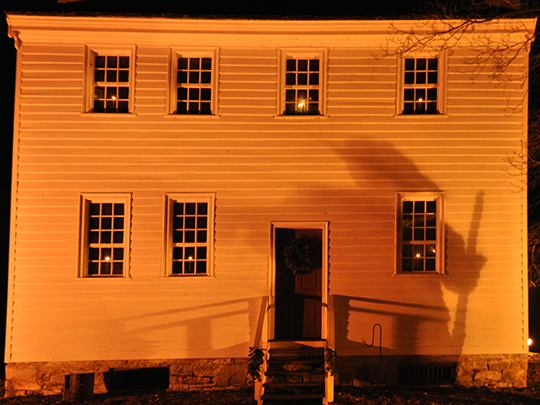 Elizabethton is the seat of Carter County which was named for Landon Carter. The town was named for his wife. It is an industrial town in Happy Valley at the confluence of the Watauga and Dee Rivers, an area known as Watauga Old Fields because there had once been a Cherokee village here. The North American Rayon and the American Bemberg Corporations have plants along the north side of the Glanzstoff Highway about 1/2 mile west of the courthouse; rayon yarn is manufactured here from Canadian fir pulp, and from cotton linters.

The larger part of the stock of both companies is owned by the German cartel, and the plants operate under their patents. Other industrial products of Elizabethton are twine, lumber, boxes, overalls and flour.

The Soldier's Monument, on the lawn of the Carter County Courthouse, has an inscription honoring Mary Patton, who made gunpowder fired by Tennesseans at the Battle of King's Mountain.

The Alfred Moore Carter Home, on Elk Avenue, was designed by an architect from New Jersey and constructed in 1819. It is a plain, two-story structure with large, double-hung windows having sixteen panes in the lower sash and twelve in the upper. The exterior walls are covered with tongue-and-groove, hand-hewn, hand-planed boards and there is a small two-story porch in front. The interior has carved mantels and trim.