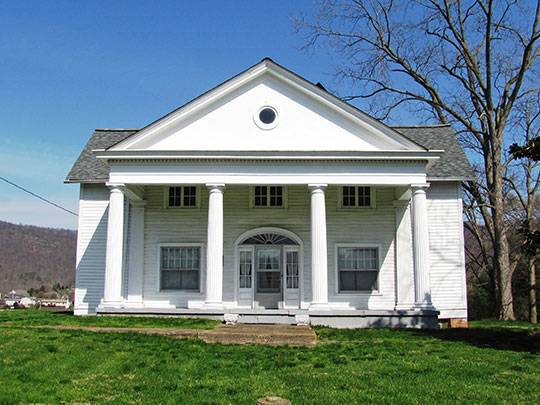 First settled in the 1790s as Walnut Grove, Jacksboro was founded in 1806 as a permanent county seat for the newly created Campbell County. The initial property for the town square was deeded by Hugh Montgomery, one of the earliest settlers in the area. The town was originally known as Walnut Grove, but was renamed "Jacksonboro" in honor of Andrew Jackson in 1819. The name was later shortened to "Jacksboro." [Paul T. Hellman, Historical Gazetteer of the United States, 2005, Routledge, New York.]