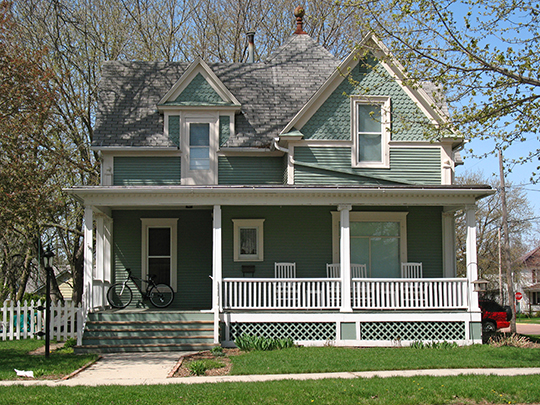 Canton owes its name to the belief by early settlers that it is situated diametrically opposite Canton, China. Founded in 1860, the town has become the center of an extensive Scandinavian community, with productive farms and substantial buildings.

It was in this section that the settings of two books, O. E. Rolvaag's Giants in the Earth and Phil LeMar Anderson's Courthouse Square, were laid. Central characters in Rolvaag's widely read saga of pioneer life are six brothers, named Berdahl, whose combined ages total 488 years. The oldest is 88 and the youngest 68 years old. Rolvaag, who is a son-in-law of the eldest brother, vividly describes many of their adventures. The Berdahls and several other families came to Dakota Territory in early days to obtain free land.

Only after arriving in the town does the stranger discover that the tall, odd-looking cylindrical object, jutting above all other structures near it, is the city water tower, practical but unattractive.