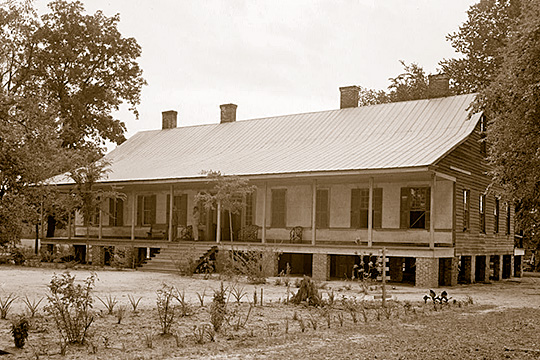 The seat of justice for the county, Darlington was described in 1826 as being located near Swift Creek and having a "handsome new brick courthouse and jail; beside several private houses, and the requisite taverns." None of the buildings existing at that time are known still to be standing.

Darlington showed little growth before the Civil War; its inhabitants in 1861 numbered less than 500. It was not until after the Act of 1785, when the Cheraws District was subdivided into Chesterfield, Marlborough and Darlington Counties, that the importance of the village became apparent. By 1818, the population of the village had increased sufficiently to warrant the founding of a school. That year a group of influential citizens was instrumental in the organization of the Darlington Academy, which later became St. John's School.

General Joseph Burch Nettles wrote in his reminiscence of early Darlington (1879), "The village was kept from improving earlier for the fact that the lands around it were owned by gentlemen who were opposed to selling it in lots. In 1825 T. D. Pettigrew purchased from Colonel Bright Williamson his lands on the southwest of the village, and sold off lots starting the improvement of the village in that direction."