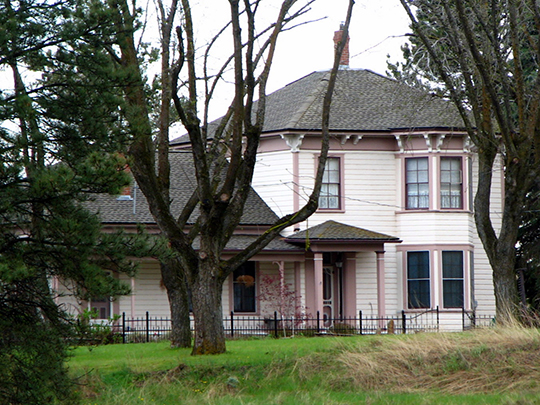 Moro was platted in 1882 and later became the county seat of Sherman County. Henry Barnum is credited with being the first settler in the would-be town, erecting a home in 1868. Barnum established a general merchandising store in 1879. Moro developed slowly after the initial settlement and by the time it became the county seat in 1892, the town boasted of a well equipped hardware store, a post office, a hotel, and several residences.

The end of the 19th century brought a small spurt of growth to the town primarily due to the arrival of the railroad. The railroad reached the community in 1898 and Moro became a trading center for the prosperous farming district that surrounded the town. Because of the highly productive wheat fields, the U.S. Department of Agriculture and the O.A.C. Branch Experiment Station built field stations in Moro. By 1913, the population had reached 500 people. Many members of the Moore family made their home in Moro throughout their long history as residents of the county due to its proximity to their ranch.