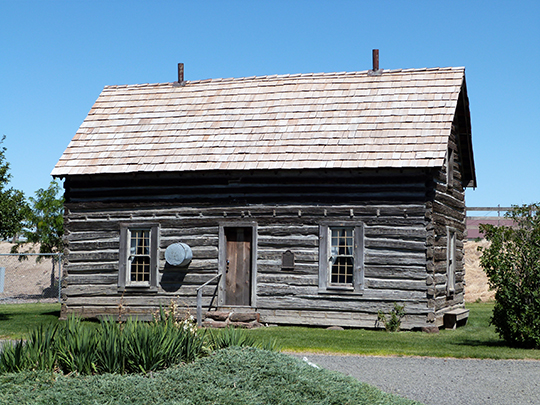 The community of Condon developed in the 1880s around a naturally occurring spring in the center of Gilliam County. In the 1880s and 1890s, stock-raising was the primary industry in the region and Condon was named the county seat. The new century brought a shift from stock-raising to grain production. Within the first decade of the new century, Gilliam County had become a major wheat producing area in the Mid-Columbia plateau; Condon was the major shipping point in the interior of the county.

The construction of a railroad from Arlington to Condon in 1905 accelerated growth in the town; the population doubled from 1905 to 1906 as a result of the railroad. The "Condon Line" connected with the main line of the OR & N Co. Railroad at Arlington. Now it was possible for farmers to ship more grain to markets at greater profits. Although much of the land was used for grain growing, the livestock industry (cattle and sheep) still made a contribution to the economy of the county. Condon has remained the leading trading and shipping center of Gilliam County, adapting to the changing times and needs of the surrounding agricultural industries.