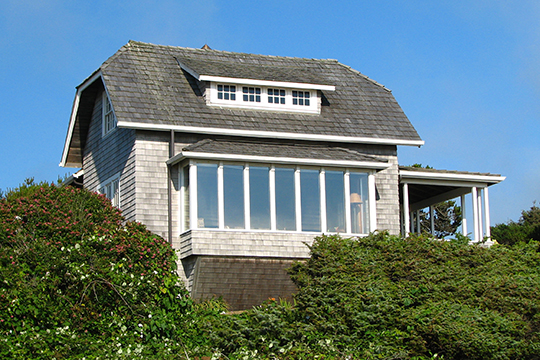 Considering that the non-Indian population of the entire Oregon Territory in 1840 numbered approximately 200, it is not surprising that white men were a novelty to the natives. Missionaries and other settlers of that period lived mainly in the upper Willamette Valley.

In 1847, Levi Scott led a company of men southward on behalf of the newly created Oregon Territorial Legislature to improve the road, especially in the area about the mountains. The territorial legislature wanted the improvements made in preparation for an expected surge of immigration. Settlers began moving into the Umpqua in increasing numbers from 1848 on.

Winchester, Payne and Company was formed in San Francisco in anticipation of settlement in the Umpqua Valley. Although the company's motives are obscure, it was probably a venture in land speculation. In 1850, members of the company shipped out in the Samuel Roberts to explore the Umpqua region. Among the passengers were two future Oregon governors, Addison C. Gibbs and Stephen F. Chadwick.

One member of the Winchester party, Addison R. Flint, a surveyor for the company, went up the Umpqua to the future site of Winchester, where he laid out a town on the banks of the North Umpqua. A year later, Flint returned to the area with his family and established a land claim on what is now the western part of the City of Roseburg.

Aaron Rose, who gave his name to the present site of Roseburg, also was one of its first settlers. In 1851, at the age of 36, Rose sold his farm in Coldwater, Michigan and journeyed westward with his family and arrived in the Umpqua Valley in the early fall. He and his wife immediately filed claim to a piece of land at the confluence of Deer Creek and the South Umpqua. Containing some 640 acres, Rose's elongated claim bordered the eastern side of the South Umpqua and stretched a considerable distance south.

Rose established a small business near where the City's central business district now is, and engaged in selling goods and supplies to the increasing number of settlers in the area. On September 28, 1852, William Perry established a post office at Deer Creek and the place began to take on the characteristics of a town.

Roseburg's acquisition of the county seat proved auspicious. The growing number of people in the new community expanded retail trade and created a need for professional services. The 1860 federal census reported 325 residents in Roseburg.

As in many western cities, population growth in the City of Roseburg has not been steady From 1860 to 1880, Roseburg's population nearly tripled to 966 residents and during the following 30-year period it more than quadrupled. However, by the time the 1930 census was reported, the city's population decreased from 4,738 to 4,362—a net loss of 317 persons. This reversal in the city's growth was the result of relocation of the main north-south rail route via Klamath Falls. As a consequence, Roseburg suffered a traumatic economic setback and it was not until the 1940s, when the lumber industry began its dramatic expansion that the city recovered.