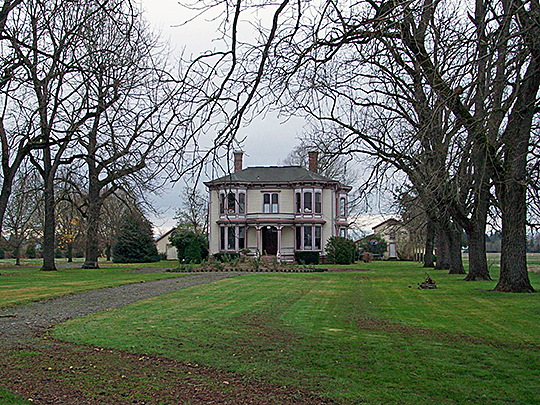 Barlow was once a trading center for a rich agricultural region named for Samuel K. Barlow, who took up a donation land claim here. He was the explorer and builder of the Barlow Trail, historic pioneer road across the Cascade Mountains. His grave is in the local cemetery.

The old Barlow House is located a hundred yards from the highway at the end of a long avenue of black walnut trees that were set out by William Barlow, son of Samuel K. Barlow, in the 1860s. William Barlow sent East for a bushel of black walnuts; the transportation charges amounted to $65. However, Barlow sold the young trees that he grew from the nuts at a profit of almost $500. The avenue of trees is from this shipment.