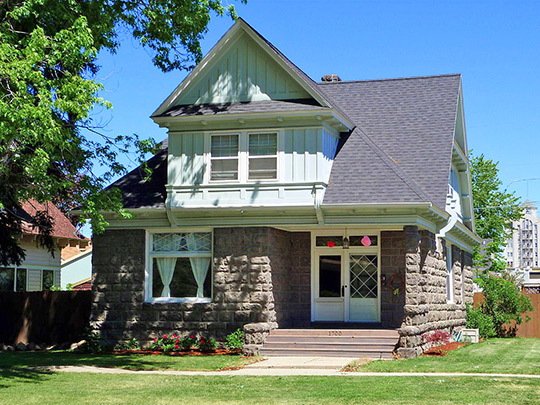 The area surrounding the City of Baker, originally incorporated as Baker City, was a prosperous mining area from the time of the first strike in 1861 to the late 1910s. During this period, three-quarters of the lode gold produced in Oregon came out of the Baker mining district.

Two booms — one in the 1870s, the other in the period from 1890-1915 — spurred the town's growth. The "boom or bust" philosophy that comes with gold fever had an effect on the community, but the extended time over which the booms occurred had the effect of giving the town time to develop a strong and varied culture.

During the period from 1842-1862, emigrants not turning at Soda Springs passed through the Powder Valley where Baker is now located. In 1861, Henry Griffin made the first gold strike in the hills south of Baker. Mr. Griffin had been searching for the lost "Blue Bucket Mine." His claim immediately generated furious activity and people came to the area from all over the West. In 1682, the Town of Auburn was established as the county seat near the site where Griffin discovered gold.

The first strike stimulated mining activity everywhere in the nearby region. J. W. Virtue established a mine in the hills to the east of what is now Baker. The site lacked water, so he started a gold mill on the Powder River where a small settlement had been established in 1862. By 1865, a hotel (the Western Hotel) and a mail route from the settlement served the nearby mining districts. The site, located at the south end of the Powder Valley where the Powder River flows out of the hills, was advantageous to the community's development.

In 1868 the Auburn boom declined and the county seat was moved to Baker. By 1870, a federal post office had been designated and through its money order office, $90,000 passed through per year. The town then had 312 residents as well as several stores and saloons.

In 1874, the city officially incorporated as Baker City. The town's namesake is Colonel Edward D. Baker, senator from the State of Oregon who died leading his troops early in the Civil War.