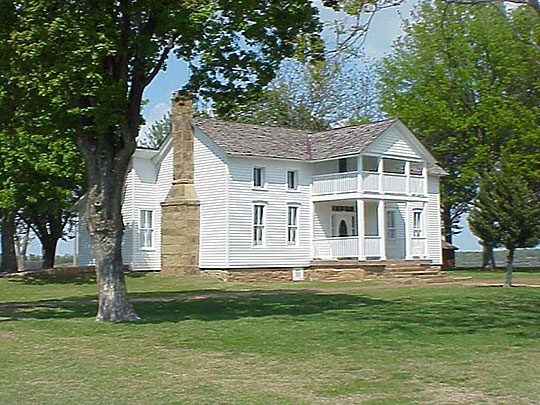 Rogers County is located in northeastern Oklahoma. It was named in honor of Clem Rogers, an Oklahoma State Senator and the father of Will Rogers. Oologah is located in the west central portion of Rogers County. Originally spelled "Oolagah," the spelling was changed around 1890 with the coming of the railroad. The town was named after Houston Benge, whose Cherokee name "Oo-log-gu-lah" means "Dark Cloud," by Cherokee statesman William P. Rose.

Oologah served as a small trading and shipping center in its early years. Local farmers and ranchers shipped their goods, purchased supplies, and tended their social needs in the small town. The opening of coal mines just west of town in the last decade of the nineteenth century spurred growth in the town. A number of businesses opened to serve the swelling population.

The first decade of the twentieth century saw Oologah reach its pinnacle of growth. The town supported a number of merchants, doctors, and tradesmen. The Oologah Hotel and the Oologah Bank were locally important institutions. Oologah's growth began to slow in the second decade of the century. By the 1920's, growth had stagnated. The oil boom that led so many towns to prosperity barely affected Oologah. The Depression killed any growth that had occurred; the failure of the Oologah Bank in 1932 was compounded by the death in 1935 of favorite son, Will Rogers. After the Second World War, the most notable event in the area was the construction of the dam on the Verdigris river creating Lake Oologah.