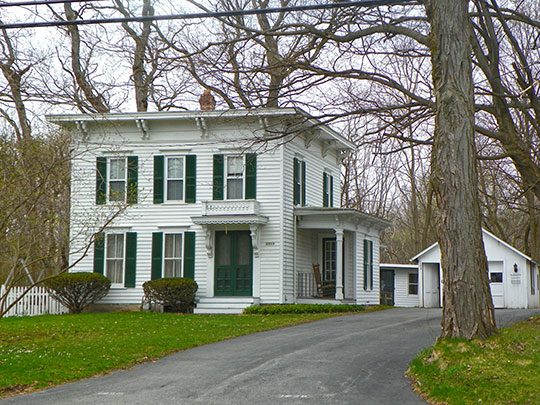 Organized in 1797 as the Village of Charleston, the name was changed in 1808 to Lima.

In his 1881 description of Lima, New York, Livingston County historian James H. Smith identified nearly every historical circumstance that had to that date shaped the course of events in the village. The shortest route between Albany and Buffalo has always passed through Lima (present-day Routes 5 and 20; originally known as the State Road and later known as the Genesee & Ontario Turnpike); this major transportation route has clearly affected the degree and nature of the community's commerce, as well as the quality of its built environment. That so much of its nineteenth- and early-twentieth century architecture exists today stems largely from the lengthy presence of Genesee Wesleyan Seminary and from the virtual absence of rail transportation through the village proper.

The village of Lima is situated near the center of the town, and is one of the oldest and most beautiful villages in the county... The State road ... now forms its main street, over which flowed the pioneer traffic and emigration, and [Lima] was looked upon as likely to become the most populous village in the Genesee country. But the development and growth of railroad interests in other directions put an end to such anticipations, and Lima was left an inland village, charming even in its isolation; and, as if in remuneration for its loss of railroad facilities, Lima became noted as the seat of learning for Livingston county. [2]