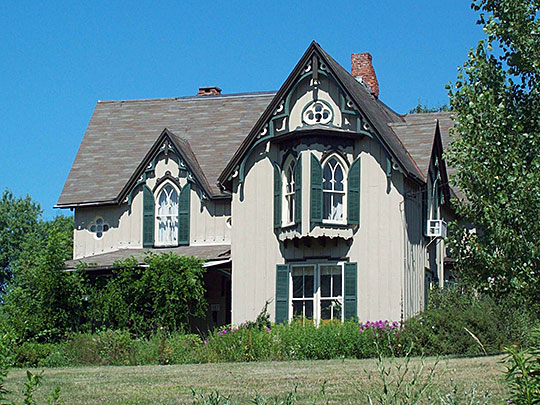 Paul Busti, for whom the town was named, neither settled nor owned land in the town. An Italian employed by the Holland Land Company, he came to America in 1797. Busti worked with Theophilus Cazenove, who had represented the firm since 1787. Cazenove returned to Holland in the spring of 1799, and from that time until Busti's death in 1824, Busti was the Dutch firm's principal agent in America.[1]

The town was first settled in 1808 by Russel Dye, James Slade and Heziah Seymour, but "there is no record that they became permanent residents or asked for any title to lands."[2]

Weak transportation networks impeded settlement during the early 19th century. There is mention that "the first settlers on the (Chautauqua) lake (had) to go to Pennsylvania for provisions."[3] High transportation costs tended to generate a relatively self-sufficient local economy.

Stillwater Creek, despite its name, provided the location for several mills and small manufactories that formed the basis of Busti's economy. One county history lists a tannery, last factory, chair and spinning wheel factory, saw mill and clock factory, as well as a grist mill operating in the village, prior to 1850.