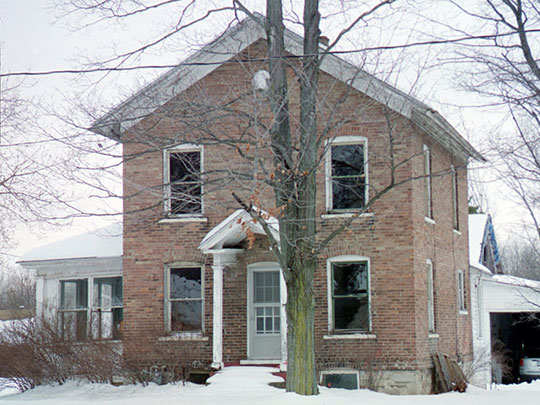 Auburn was settled at the close of the Revolutionary War by John L. Hardenbergh, a veteran of the Sullivan Campaign of 1778. In 1793, Hardenbergh built a mill on the Owasco Outlet near the convergence of several early roads. South Street and Owasco Road were laid out by 1795. The Seneca Turnpike, providing direct connections eastward toward Albany, was operational as far west as Auburn in 1799. By 1810, Auburn boasted seventeen mills along the outlet and had obtained the designation of Cayuga County Seat. The community was incorporated as a village in 1815. In 1816, the New York State Legislature sited and began construction of a major state penitentiary in the village which would have a strong and positive impact on the community's industrial and economic growth. This institution provided significant non-manufacturing employment in the community, and utilized the state's prison contract labor system, making cheap labor available to local manufacturing concerns between 1817 and the late 1870s and early 1880s. Inexpensive labor and water power on the Owasco Outlet combined to create a period of early prosperity and political and commercial prominence for Auburn during the second quarter of the nineteenth century.