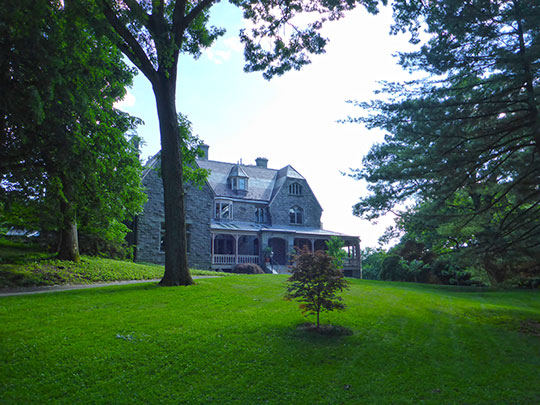 By the early 1860s, Riverdale-on-the-Hudson had become a favorite summer retreat for well-to-do New York merchants and their families. As noted in 1856 by a writer in Putnam's Monthly Magazine, all of this was made possible by the new age of steam. The development of the eastern shore of the Hudson River was largely the result of the initiation of passenger service on the railroad in 1847.

When New York City took over the West Bronx, incorporating it in the City limits in 1874, its rural quality was threatened and "Riverdale," with its group of villas above the Hudson, might have lost its curvilinear streets and irregular-shaped properties. Frederick Law Olmsted and the municipal civil engineer submitted a report in 1876 which argued for the preservation of those streets that followed the natural contours of the terrain; the report stated that this area would provide excellent sites for villas for those New Yorkers who might wish to enjoy a country atmosphere within the City limits. The recommendations of this report prevailed and Riverdale retained its character. The design and preservation of estates such as Greyston (the William E. Dodge House) still manifest the important picturesque eclectic mode popular in 19th century American architecture and landscaping. As such, it is representative of the predominant aesthetic of the period.