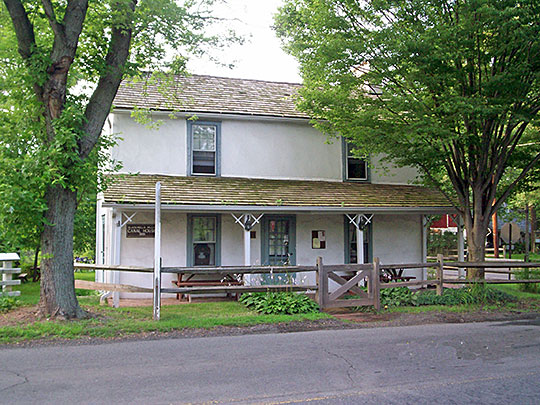 It is apparent that the township was named for some person named Franklin. Which one, however, varies according to different historians. Some claim Benjamin Franklin, while others identify William Franklin, New Jersey Governor 1762-1776.

The township is home to 22 miles of the Delaware and Raritan Canal, built in 1834.

Among notables born in Franklin Township is Theodore Frelinghuysen [1787-1862] who served as New Jersey Attorney General, a U.S. Senator, Chancellor of New York University, and President of Rutgers College.