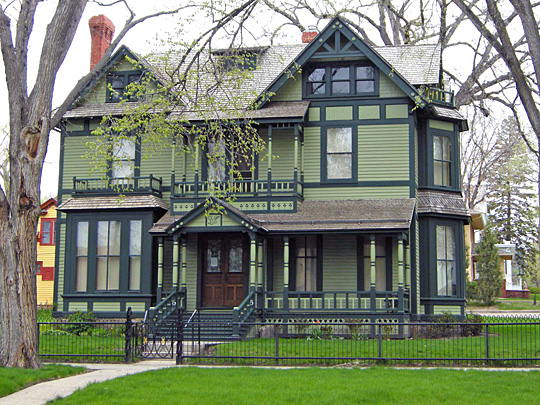 What would become Bismarck began as the Town of Edwinton in 1872, located at the point where the North Pacific Railway crossed the Missouri River. The name was changed a year later to Bismarck in honor of Otto von Bismarck [1815-1898], Chancellor of Germany. In 1883 Bismarck became the capital of the Dakota Territory. When the territory was split to create the new states of North and South Dakota, Jamestown was designated to be North Dakota's state capital, but efforts of Bismarck's citizens, some surreptitious, fixed the capital in Bismarck where it has remained.