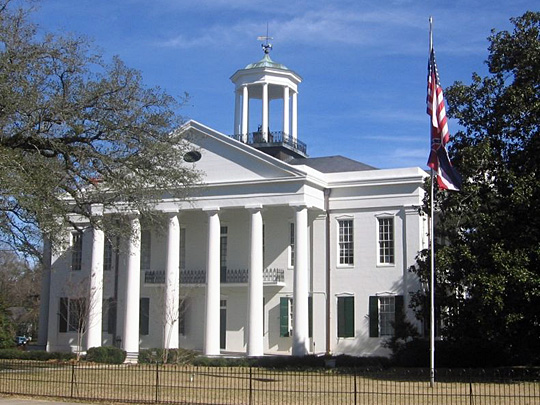 The county was established in February 12, 1821 and named for Thomas Hinds, a member of the U. S. House of Representatives in 1828. Hinds served as a major in the cavalry during the War of 1812 and was later honored by being made a general.

Though not as old as the counties formed from the Natchez District, which was partly settled when the country was a colonial possession, Hinds County, nevertheless, has a history of great importance in the annals of Mississippi. Situated in the west-central section of the state, it originally included a region which had long been a center of much speculative interest since it was territory greatly desired by the national government, and also by the people of the new State of Mississippi. George Poindexter, then governor of the state, having become intensely interested in acquiring this large area of land, exerted himself in every possible manner in bringing about an understanding with the Choctaw Indians, looking to a treaty ceding it to the United States. In 1820 Congress appropriated $20,000 for the expenses of the treaty, and the Mississippi delegation in Congress had proposed that Generals Andrew Jackson and Thomas Hinds be selected to negotiate a treaty with the Indians. In accepting, General Jackson said he did so because he could refuse neither President Monroe nor Mississippi. [1]