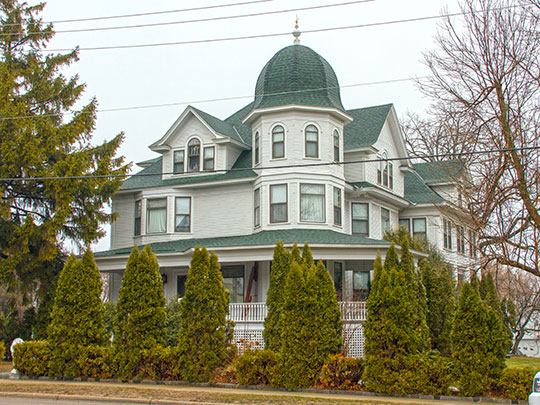 History reveals that prior to the founding of the City of Cold Spring on September 11, 1856, Cold Spring was positioned along a well traversed route leading Aborigines, Indians and Settlers north from the Mississippi River. The earliest written account of the region was made in 1851 by Territorial Governor Ramsey to negotiate a treaty with the Chippewa Indians headquartered on the Canadian border. The first urban settlers were Yankee Protestants, who platted Cold Spring and the neighboring towns where they set up as millers, storekeepers, blacksmiths, and postmasters. The area was the stagecoach postal route through the region, followed by the railroad thirty years after its founding in 1886.

In the 1915 edition of the History of Stearns County written by William Bell Mitchell, Cold Spring was described as follows:

"Cold Spring is one of the most thriving and best known among the smaller village of the Northwest. It has a population of about 750, and is located on the Great Northern Railway, sixteen miles southwest of St. Cloud. It is situated in the midst of a prosperous farming country, and is well laid out, being modern in every respect. Cement block sidewalks line the streets throughout the village, and there is a continuous day and night electric service from St. Cloud. The vicinity abounds in natural mineral springs, and the two companies that have made the water famous over a wide territory, do a business amounting to some $20,000 a year. The brewery, which also uses the spring water, sold some 16,000 barrels of beer in 1914. The flour mill, which uses the excellent waterpower, has a daily capacity of 200 barrels. Spring water of the best grade is on tap in every home, from nineteen blocks of water mains, which are supplied from a 50,000 gallon tank, 120 feet high, the water plant being owned by the village. There are also two miles of sewer. The third-class post office does a business of some $130 a month, while the opera house, 40 by 100 feet, secured some excellent attractions. The village has a Catholic church, two grain elevators, two hotels, a creamery, three general stores, two hardware stores, two furniture stores, one meat market, one garage, two blacksmith shops, one wagon maker, one wholesale wine house, and two cement block manufacturers. A weekly newspaper the "Record", is published. The village is becoming more and more popular as a summer resort, its genial people, its splendid water, its beautiful scenery, its river and nearby lakes, its hunting and fishing, all making it a most attractive place to spend the summer. The principal shipments from this point are grain, flour, butter, beer, mineral waters, wood and livestock."

Local agriculture and the growth of two major industries have played a key role in the continued growth and prosperity of Cold Spring. Cold Spring's brewing industry was established in 1874 or 1875. The brewery was built atop the abundant spring that gave the town its name, "Good water, good beer." In 1920, Cold Spring Granite Company was founded and has grown to become the main industry of the community and the home of the largest building granite producing plant in the world. The company quarries, processes and sells building granite with five manufacturing locations and more than 30 granite quarries worldwide.

With twelve lakes and over 30 resorts within a 10-mile radius of the City, the area still remains a popular summer resort area with good fishing, swimming and boating. The City contains geographical, topographical and historic features that create one of Minnesota's most scenic regions with abundant natural resources.