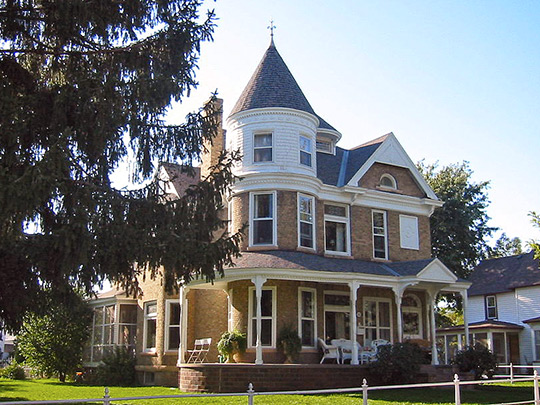 The original townsite of Chaska was surveyed and platted in 1854 but was not incorporated as a village until 1871, and later as a city in 1891. Chaska's early development was tied to steamboat traffic on the Minnesota River and later to agricultural development of the surrounding area. Brickyards and breweries were important early industries followed by the pickle and sugar factories after the turn of the century. The two rail lines that were installed in 1871 and 1877 influenced the growth of the community and its industrial expansion. Thus, the village evolved from a river port to a dual role as an agricultural/service center and industrial center. During the later part of the 1800s and the first half of the 1900s, Chaska's population level held at around 2,000 persons.