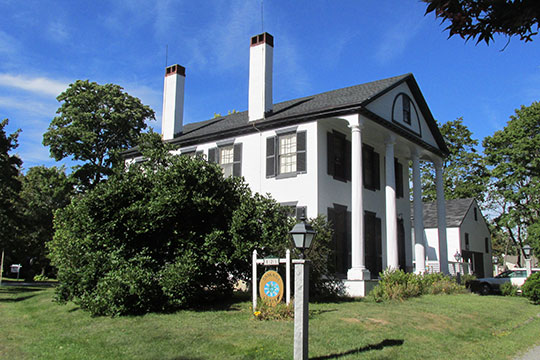 Due to both their history and proximity, Saco, together with Biddeford, are often referred to as "Sister Cities."

The settlements on both sides of the Saco River were at first known as Winter Harbor, the name given to the basin now called the Pool, in consequence of the wintering of Richard Vines and his companions here in 1616, and it was a noted place from that time forward. In 1653 settlements were organized as Saco; in 1718 they were incorporated as Biddeford, and so remained under one municipal government until June, 1762, when the territory and inhabitants on the east side were incorporated under the name of Pepperellborough, from Sir William Pepperell. On February 23, 1805, the name was changed to Saco, which it has since borne, with the addition of a city government, which was chartered February 18, 1867.