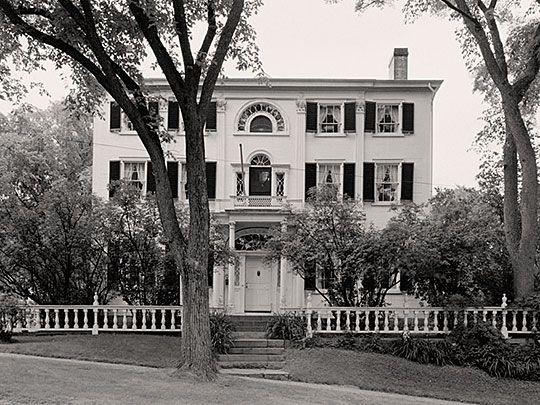 Wiscasset is the county seat of Lincoln County and is located on the west side of the Sheepscot River, 20 miles from the Atlantic Ocean. Prior to the early 1800s, Wiscasset was one of the most active and flourishing sea-ports in Maine.

Lincoln County was organized in 1760, the new county being incorporated the plantation of Frankfort, and the "new town" of Wiscasset Point being erected into a municipality at the same time, the latter being named Pownalboro after Governor Pownall of Massachusetts. Pownalboro was broken up into the towns of Dresde and Alna, the original municipality being reduced to Wiscasset Point Precinct, which later was incorporated as Wiscasset in 1802.

From the ratification of peace to the war of 1812, Wiscasset Point enjoyed great commercial prosperity. The harbor was filled with ships. Ship-building became an extensive industry. Immense rafts of timber and lumber from the Kennebec came to the Point for dockage and export. The West India trade was lucrative. Banks and Insurance Companies were organized and prospered. The point was famed for its genial and princely hospitality, and the culture and courtesy of her leading businessmen.

Wiscasset and its deep waterways was the gateway to the capital of Maine, and in strategic importance the key to the heart of the State.