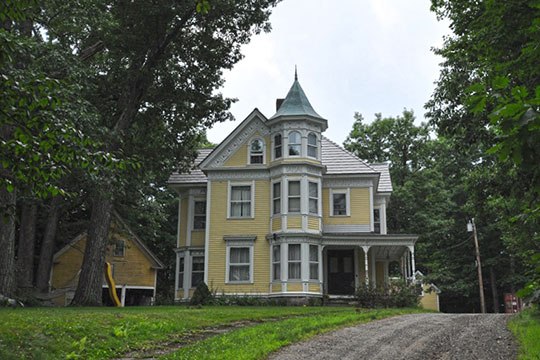 Farmington, gateway to the Rangely and Dead River regions, is the seat of Franklin County and the agricultural and trading center for this fertile valley along the Sandy River. Fruitful apple orchards add to the incomes of many farmers here.

The first Farmington Falls settlers of the 1770s were joined by others who started clearings in various places along the Sandy River; in 1782 eight families passed the winter in rough, snow-bound log cabins in the vicinity. The settlers were, for the most part, people of considerable culture and education. The first school of the settlement was opened in 1788 in the log-cabin home of Lemuel Perham, Jr. By 1790 there were 404 inhabitants, and the town was incorporated in 1794.